Search Engine Optimization (SEO) is one of the fastest evolving marketing areas out there, it is also the one that tends to be often misunderstood.

Back when it started, SEO used to be a collection of methods aiming at making a website to be easier to find and understand for search crawlers.

It quickly evolved into all kinds of techniques that would help a website rank higher in Google. And because there are only 10 top positions to fight for, many website owners started to come up with unethical SEO tactics which would aim at “faking” authority signals in order to trick Google into rewarding a website with increased search visibility.

This is when search engines (read: Google) and SEO quit being friends and became rivals.

Google started coming up with penalties and updates that would make unethical tactics useless, while SEOs were inventing new and new ways to trick the algorithm.

This decade-long relationship hasn’t been fruitless though. There’s a lot of reason to believe that SEO has forced Google to become better and smarter.

That fight has also brought about never-ending rumors that SEO is either dead or dying soon.

In reality, it’s the poor SEO tactics that have been dying all these years, one by one. By “poor” SEO I mean:

While poor SEO is dying as we speak, the fundamental concept of search engine optimization is alive and well, and probably more important than ever.

So if we put aside poor tactics that earned SEO its bad reputation, what search engine optimization really is?

Nowadays SEO is a well-integrated marketing strategy that aims at improving your organic search visibility.

SEO has evolved from focusing on search rankings, as Google is no longer all about serving ten blue links in return for a search query. Google’s search result pages include videos, images, answers, shopping results, and so much more.

A good SEO strategy includes all of that.

Here’s a quick flow chart of what a well-integrated SEO strategy may consist of: 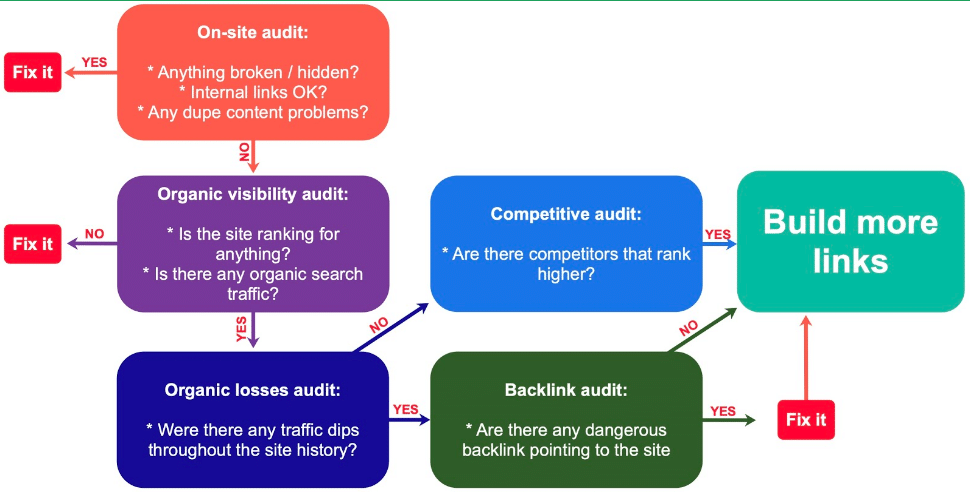 A good measurement of SEO success is not your site’s average positions for target queries. It needs to also include organic traffic (clicks) as well as its performance (i.e. conversions).

Why is SEO still important?

I don’t really blame you for asking.

SEO has become less predictable and trickier to report on.

Yet, there’s simply no alternative to SEO traffic. 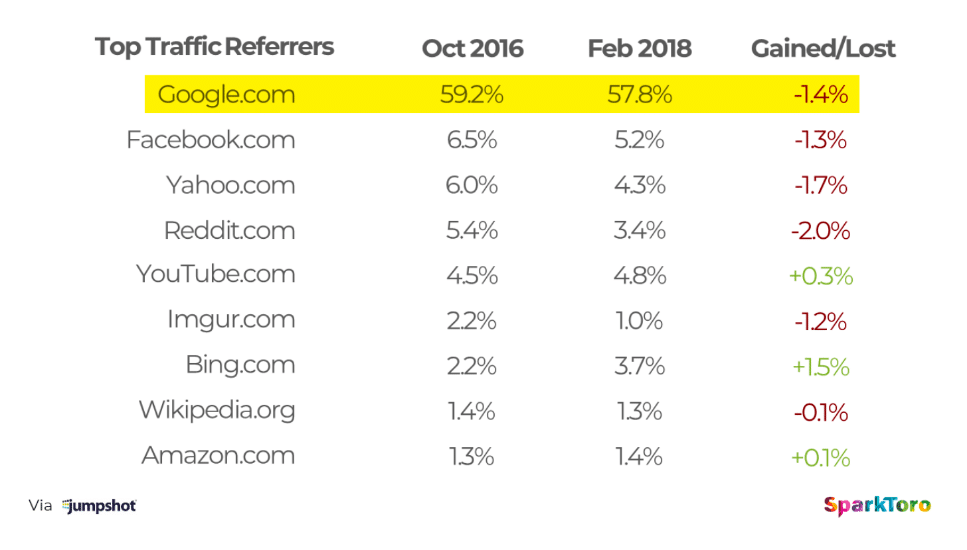 Google is where most buyer’s journeys start.

Even if you attract your customer through an Instagram ad, there’s still a 50% chance they will look you or your product up in Google prior to deciding if they want to buy.

Google traffic tends to perform better than any other traffic for two main reasons.

On top of that, unlike both PPC and social media marketing, search engine optimization drives long-term results. The more time and money you invest in high-quality SEO, the better results are in the long-run. It’s the accumulative ROI other marketing tactics are lacking.

With search engine optimization entering the mainstream, more and more SEO clients understand how it works and what to expect. Hence, the demands they place on SEO agencies are growing, too.

Many small businesses want to see the whole picture; they want to monitor not just their own organic visibility, but also how their competitors are moving around Google's SERPs on a daily basis.

The consequences of not achieving this are evident - having a lack of transparency and being unable to keep clients informed are two of the top reasons why clients leave their SEO service providers, according to this survey published by Brian Dean, founder of Backlink.

The survey, which included 1,200 businesses, found that 34% of SEO clients leave because of communication issues and half of respondents felt like they needed "more training to fully benefit from what SEO offers".

Yet, this apparent lack of communication from an SEO agency can be quite understandable given the wealth of information that they have to share with a client when it comes to giving them the "whole picture". It’s worth also noting that a client’s organic visibility (and continuous discrepancy in SERPs) is also dictated to a certain extent by how their competitors are performing.

Couple that with the fact that one SEO agency has to deal with multiple clients (20 on average, based on Moz's survey) and you get a real dilemma: How can you keep each client informed and taken care of when you have to deal with that amount of information?

The answer is obvious: You need a reliable SEO provider. Contact us here: We understand your struggles and know the solutions!